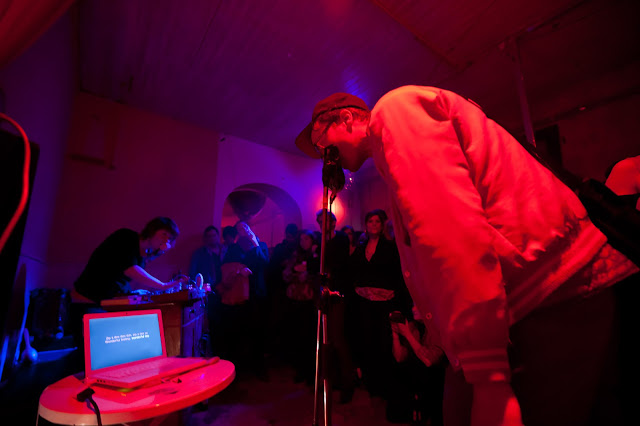 NOise Karaoke was born one night several years ago to promote community and expression.  Putting the fun back into experimental improv, noise karaoke will help you reinterpret the hits.


YOU (the audience) picks a popular song from a small karaoke selection. When you come up to sing, Gambletron plays the song in a manner that she likes the best, using homemade electronics, circuit-bent items, telephone microphones, classic synths and crappy noise makers. It won't sound like your song -- BUT YOU... the singer..
YOU--Sing it anyways....

Gambletron mixes your voice into the chaos -- the "HIT" will never sound like the original so be as creative with your performance as you want!!!

TOGETHER we
RE-INTERPRET THE HITS!

Its a wonderful platform for random extraverts and spontaneous mayhem and a solid opportunity to express oneself.

This show could work in a bar or a gallery or a theater though I like it best when its drunk and informal.

Gambletron Noise Karaoke has toured through Sweden and Germany and been featured in Austria's prestigious Donau Festival 2011, Montreal's Nuit Blanche 2011, and Electric Eclectics 2015.

Gambletron is an improvisational, noise/avantgarde musician and performance artist based out of Montreal, Canada.  She can be found participating in many projects on Constellation Records....and more----pro Full bio here.

"The one-woman music machine Gambletron invited to the brachial Karaoke: Brave visitors were allowed to sing into a microphone and have been remixed live.
Respectively dragged down into a dark vortex of sound electronic confusion. Who ever thought that some songs sound like the normal karaoke is not exactly like the original was, taught a radically better: entertaining." - Kurier, Vienna Austria (as google translated from German) 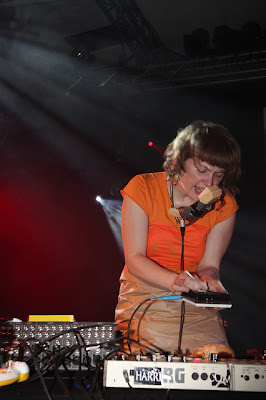 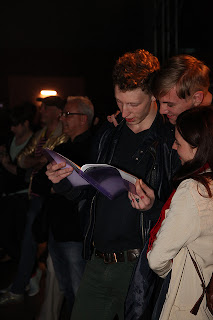 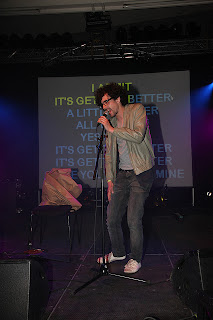 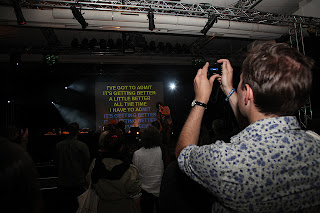 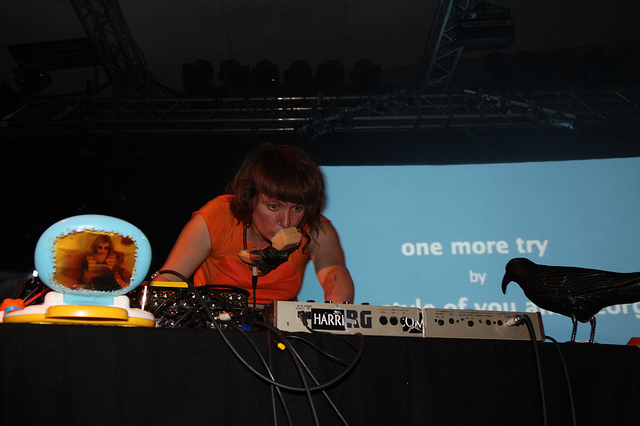